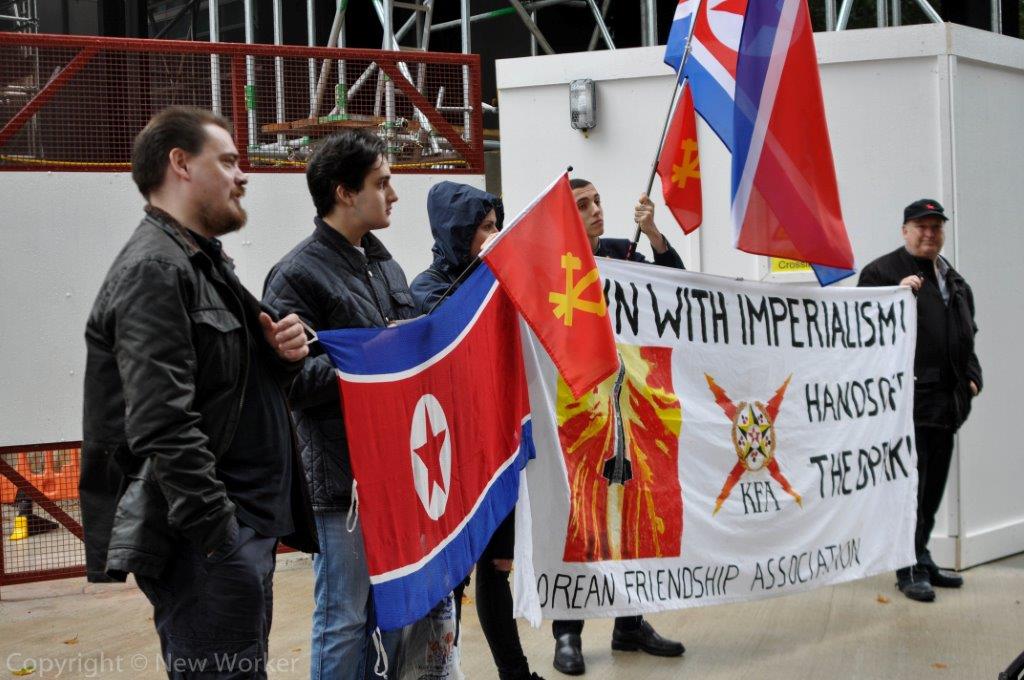 It has been brought to the attention of Red Youth, that Dermot Hudson, who goes by the email “juche007” and heads up various counter-productive projects such as the “Juche Idea Study Group of England” (JISGE) and the” Association for the Study of Songun Politics UK” (ASSPUK), has taken it upon himself, once again, to engage in uncomradely, secretive and malicious rumour-mongering about young members, candidates and supporters of the CPGB-ML (and by proxy Red Youth) with regards to our stance in defence of the DPRK, the Workers Party of Korea and the Korean revolution. What is more, this snake, sick with the knowledge of his own impotence and irrelevance, tries to undermine the warm, friendly relations which exist between young supporters and members of the CPGB-ML and our Korean comrades.

Comrade Hudson, rather than openly attack the position of the CPGB-ML and Red Youth on questions concerning the DPRK and our solidarity work with Socialist Korea, chooses instead to engage in secretive email correspondence and rumour mongering against our Party, our revolutionary youth and those who support our politics or are coming closer to them. Comrade Hudson knows nothing of who is, or is not a member of the Red Youth and CPGB-ML and yet professes some special knowledge of the same.

Comrade Hudson is afflicted with the same sickness which infects many of the passive, and apathetic sections of imperialist society. This is characterised by the substitution of the internet and facebook for the real world; replacing the real work of building up an actually existing revolutionary organisation of the British proletariat with pseudo “solidarity” work such as opening up a new Facebook page, or website. Such “work” is merely a testament to one’s own impotence, smug idleness and self-delusion.

Comrade Hudson’s exaggeration of the importance of his own ‘work’, bordering on the delusional, goes hand in hand  with a sneering and contemptuous attitude towards those who make real efforts to fight imperialist injustice and build real, even mighty, and earth shaking socialist movements.

So Dermot is prone to belittling the achievements of the Soviet Union, and the contribution of the USSR and People’s China to the Korean people’s fight against imperialism, and undermining of the proletarian internationalism of Kim il Sung, Joseph Stalin and Mao Zedong. In a statement carried by one of comrade Hudson’s many ‘fronts’  (ASSPUK – aside from the ridiculous acronym, it is worth noting that Hudson has more ‘organisations’ than individual members) in 2011, this flunkey wrote:

“…the KPA was founded as the Anti Japanese People’s Guerrilla Army in Antu deep in the forests of Manchuria in 1932 by the great leader comrade Kim Il Sung. The AJPGA was an army of the workers and peasants and a revolutionary armed force of the Korean people. It was founded without the support of a state or a rear base. It was the first guerrilla army in the world organised under the banner of Marxism-Leninism.”

The statement refers to the liberation of Korea on 15 August 1945 without even one word for the hundreds of thousands of Soviet Red Army fighters who took part in that epic campaign.

When it comes to the Korean War of 1950-53, whilst noting some of the other imperialist countries who joined the USA in attacking the DPRK, the statement utterly shamefully has only this to say about internationalist support to the DPRK at the time:

“The KPA was also short of weapons as its allies did not supply them speedily enough.”

Previously, the same person, although this time calling himself the “UK Korean Friendship Association” had written:

“Also during the Fatherland Liberation war in the 1950 (sic) not enough weapons were supplied to the DPRK by its allies.”

So, not enough and not quickly enough – this is how this disgraceful individual persists in describing the heroic contributions of millions of Chinese and tens of thousands of Soviet military personnel and their entire countries, who risked nuclear annihilation in order to stand shoulder-to-shoulder with their Korean comrades.

We can but ask what actually motivates this individual to seek to ridicule and isolate our Korean comrades, with his toxic mixture of caricature, sycophancy, slander of the PRC and USSR, and malicious falsehoods. Whatever, they are a gross disservice to the just cause of the heroic Korean people. A principled and effective movement in solidarity with the Korean people will be built among the British working class in opposition to such people, not in collaboration with them.”

Conclusions for those who wish to undertake meaningful solidarity work

Comrade Hudson is clearly of the belief that an attack upon our Party and youth is meaningful work in solidarity with People’s Korea. Let us be clear – Red Youth is the only revolutionary youth organisation in Britain. The CPGB-ML is the only thoroughly, consistent and principled Marxist-Leninist organisation in Britain. This charlatan is an enemy of the Korean people and British workers when he persists in such behaviour.

Comrade Hudson is clearly of the opinion, that malicious rumour mongering and gossiping is the way to defend the Korean revolution. Malicious rumour mongering, private gossiping, cowardly attacks and misplaced arrogance are signs of opportunism and petty-bourgeois liberalism. Ideological struggle, open polemics and work to build up a revolutionary Communist Party for British workers are the hallmarks of a true Communist, and a true friend of the Korean people.

Red Youth and the DPRK

We reproduce below, comrade Ella’s excellent presentation on the Juche ideology for comrade Dermot to watch.

Maduro “ready to radicalise the revolution”

Workers should vote for Brexit!
Scroll to top