Red Youth and the CPGB-ML once again took to the streets this 1 May to celebrate International Workers’ Day, marking the past heroic struggles of the working classes of the world and promoting the only viable future for humanity – communism!

Jeremy Corbyn addressed the crowd at Clerkenwell – the first Labour leader to do so in 50 years – apparently solely to address the media furore around perceived anti-semitism within the Labour party which has seen Naz Shah MP and Ken Livingstone suspended. Desperate to preserve their electability not a single mention of the genocide of Palestinians was to be heard. 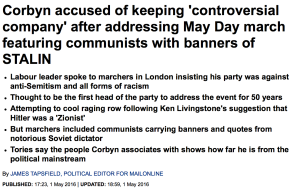 The inevitable backlash to attending a celebration of socialist struggle should come as no surprise to Corbyn and Labour members, although they may regret the association with real communists where it hampers their opportunistic aims.

A clear example of the bourgeois media spin is provided by the Daily Mail, a paper famous for supporting the Nazis, promoting racism and sexism, who claim Corbyn was “accused of keeping ‘controversial company'” as the CPGB-ML and Red Youth were present on the march.

Despite a wealth of criticism of Corbyn and the Labour party available with a quick search, and the fact that May Day is attended by a smorgasbord of individuals, parties, and organisations, the Mail is keen to exploit the circumstance for advertsing profit and to further their right-wing agenda.

Although Corbyn complains that we “make things harder for them” (i.e. social democrats & the Labour party), his real enemy is the bourgeoisie and their media domination. His (and Labour in general) refusal to confront capitalism and imperialism, and instead work within bourgeois democracy and media, is the real issue. 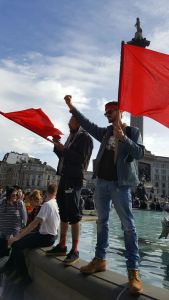 Aside from this bourgeois media sideshow, May Day in London saw a strong contingent of communists, including the MLKP, PKK, JVP, and many others from the UK and abroad, representing the revolutionary left who do not weaken the class struggle by tying themselves to bourgeois-imperialist parties.

Every step forward by the working class has required heroic struggle, and these gains are being eroded, quickly in colonised nations and more slowly in imperialist nations.

Quoting Maduro on the revolutionary struggle in Venezuela “it is time to end co-habitation with the bourgeoisie.” It is time for the British left to again take up revolutionary socialism, communism, and recognise the struggle for workers to survive is not possible under the rule of capitalism. A better world is possible – join us to make it happen! 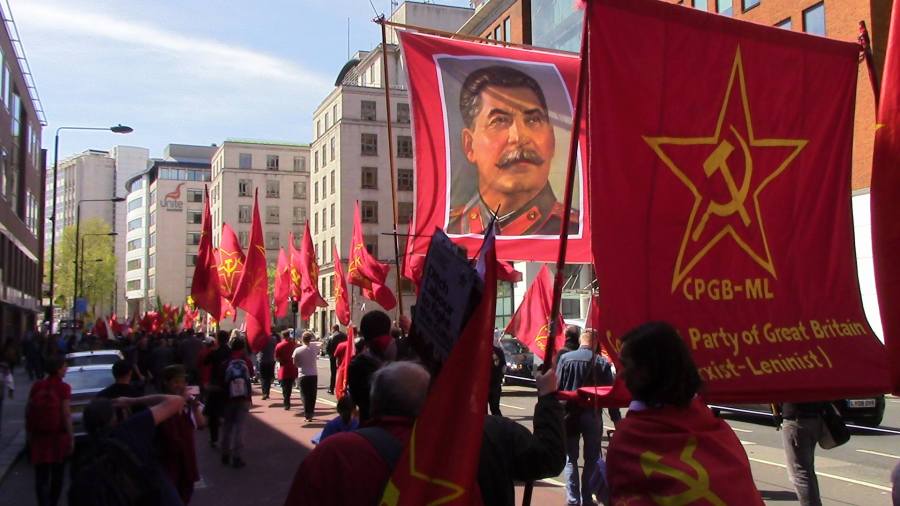 Stalin on anti-semitism (Lalkar May 2016)

Jeremy Corbyn: The ‘resurgence’ of left social democracy is likely to be shortlived (October 2015)

Join us! Fight for a future that works!