Communists, anti-imperialists and Palestinian activists today called for a cultural boycott of Israeli artists in Birmingham. 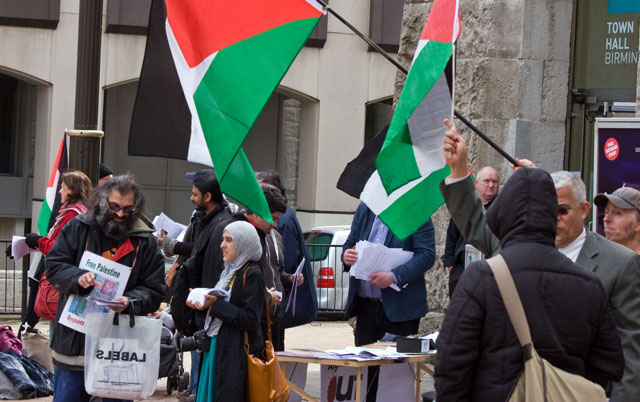 The call was made by local activists as they demonstrated outside Birmingham Town Hall against the performance by the Jerusalem String Quartet, a musical troupe reportedly affiliated to the Israeli Defence Force. The group performs for settler communities and is a cultural stormtrooper for Israeli Zionism. Red Youth gives a red salute to those cpgb-ml and Red Youth members who turned out to demonstrate against this rascist bunch, and we direct readers to the inspring articles produced by one of our 9-year old comrades of Palestinian decent in the Midlands http://www.gazafocus.com/?m=201112